It was refreshing to begin the conference with plenary speakers bringing excellent feminist and queer analysis to bear on Internet Studies. Mary Gray, Larissa Hjorth, and Susanna Paasonen all posed challenges to the dominant focuses of Internet Studies. Gray questioned technology- (and particularly device-) centred approaches, and the accompanying focus on ‘big data’. (I’ve also been having some useful discussions around this latter focus as gendered: this push towards a ‘scientific’ and quantitative approach has important implications when women are still discouraged-both subtly and unsubtly-from engagement in STEM fields and the statistical training required for big data projects.) 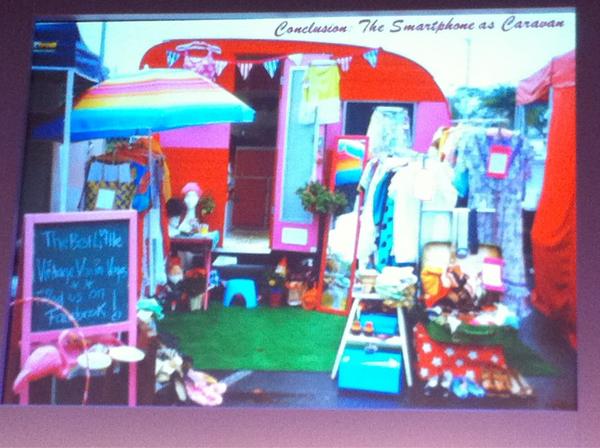 smartphones as caravans, courtesy of @evestirling

Gray also critiqued the ongoing focus on normative users in research, looking instead at ‘boundary publics’ – in this case queer rural youth. Hjorth, similarly, implicitly challenged the common focus on (young, well-off) men and technology use by looking at the ways in which mobile use is affecting the space of ‘the domestic’, and the relationship between mothering, smartphones, and labour. 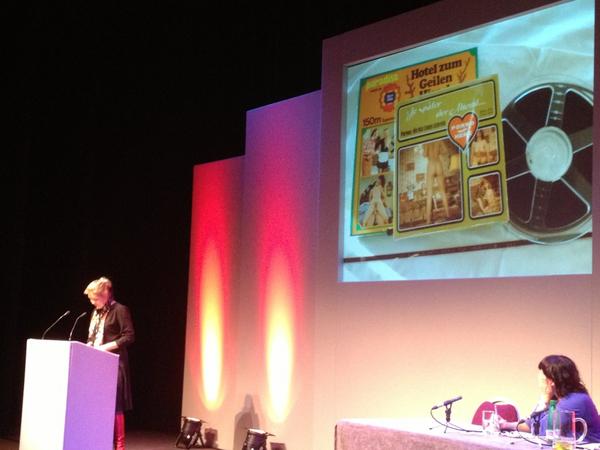 I’m looking forward to reading more work by all of these speakers, especially as my still-slighly-jetlagged self is having some trouble processing the more theoretically dense aspects of the talks in aural form. Corrections, comments, and reading suggestions are welcome!