Mark Latonero (USC Annenberg School) spoke on they ways in which data is being collected around forced migration flows. Latonera is interested in the technologies that are being used to track and managed refugees’ movements across borders. People were stopping at the short border between Serbia and Croatia for a variety of reasons, including to get medical treatment, food, money transfers, and wireless access. 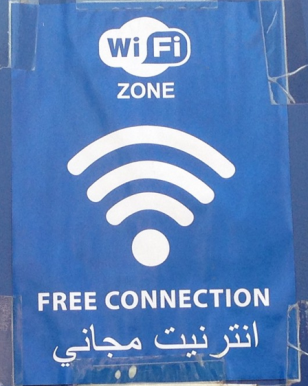 As we research these infrastructures, we also need to examine which actors are inserting themselves into these flows (or being drawn into them). Platforms like Facebook, Whatsapp, and Viber are being used to organise travel, while others, including Google and IBM, are developing responses aimed at supporting refugees or managing refugee flows. Coursera is offering online study for refugees, and there are also other edutech responses.

Aid agencies like UNHCR are teaming up with technology companies to try to develop support infrastructures: the World Food Program, for example, is coordinating with Mastercard. The ‘tech for good’ area, including techfugees, is also getting involved. Latonera is deeply doubtful that a lot of the hackathons in the West are going to produce systems that can help in meaningful ways.

We need to think about the social, political, and ethical consequences of the ways in which these technological structures of support, management, and surveillance are emerging.

Paula H. Kift (New York University, NY) In search of safe harbors: privacy and surveillance of refugees at the borders of Europe

There are two important EU regulations: Eurosur (drone and satellite surveillance of the Mediterranean sea), and Eurodac (which governs biometric data).

At the moment, the EU engages in drone and satellite surveillance of boats arriving, arguing that this doesn’t impinge on privacy because it tracks boats, not individuals. However, Kift argues that the right to privacy should impact on non-identifiability as well, and the data currently being gathered does have the ability to identify individuals in aggregate.

There are claims that data on boats may be used for humanitarian reasons, to respond to boats in distress, but the actual regulations don’t specify anything about how this might happen, or who would be responsible, which suggests that humanitarian claims are tacked on, rather than central to Eurosur.

Similarly, biometric data is being collected for indefinite storage and collection, and this is justified with claims that it will be used to help deal with crime. This is clearly discriminatory, as refugees are no more likely to be involved in crime that citizens. Extensive biometric data is now being collected on children as young as six. This is particularly worrying for people who are fleeing government persecution.

The right to privacy should apply to refugees: blanket surveillance is discriminatory, has the potential to create serious threats to refugee safety, and is frequently being used for surveillance and control rather than any humanitarian purposes.

Kift suggests that the refusal to collect personally identifiable information can also be seen as problematic: states are refusing to process refugee claims, which creates further flow-on effects in terms of a lack of support and access to services.

Emerging coordination with tech firms creates further concerns: one organisation suggested creating an app that offered to give information on crossing borders and resettlement, but actually tracked refugee flows.

After the image of Aylan Kurdi was shared, research showed huge peaks in online discussions of refugees, and searches for information on refugees and Syria. However, these findings also raise further questions. Did this actually alter the debate on refugees? How did different actors use the impact of the image? And how did this take shape in different local and national contexts?

This research focused on Turkey and Belgium (and specifically on Flanders). Belgium has taken much fewer refugees than Turkey, but nevertheless there are significant debates about refugee issues in Belgium. In Maximiliaanpark, a refugee camp was set up outside the immigration offices in response to slow processing times.

In the tweets studied, there were a lot of ironic/cynical/sarcastic tweets, which would be hard to code quantitatively: qualitative methods were more appropriate to understanding these practices.

Among the citizen tweets studied, the two dominant narratives were refugees as victims, or refugees as threats. In Turkey, anti-government tweeters blame the government for victimising refugees, pro-government tweets blame the opposition, Assad, or humanity as a whole. In Belgium, refugees were mostly seen as victims of a lack of political action, or as the victims of instrumentalisation (by politicians, media, and NGOs). When refugees were seen as a threat, in Turkey this focused on Aylan’s Kurdish ethnicity, whereas in Belgium this drew on far-right frames.

Research also looked at reasons given for the refugee ‘crisis’: those who are against migration tended to focus on economic pull factors, those in favour tended to give more vague reasons (‘failure of humanity’). When solutions were provided, those employing a victim representation called for action and solidarity, whereas those seeing refugees as threats called for measures like closing borders.

When the image of Aylan emerged, it was usually incorporated into existing narratives, rather than changing them. The exception was ‘one-time tweeters’: people who had affective responses (a single tweet about their sadness about Aylan, and then returning to their non-refugee tweets). Both Belgium and Turkish users tended to see Gulf countries as bad ‘others’ who do not take refugees. There was little focus on Daesh.

Twitter users who were opposed to immigration tended to employ the clearest vocabulary and framework: there were very strong in oppressing what they saw as the problem, and the solutions.

Unfortunately, the conclusion is pessimistic: the power of this image (on Twitter) is limited: it didn’t disrupt existing discourses, and there were also great similarities with how refugees and refugee issues are portrayed in the mainstream media.

There are two important theoretical frameworks: digital storytelling (Nick Coludry) and affective publics (Zizi Papacharissi). Affective publics both reflect and reorganise structures of feeling: the culture, mood, and feel of given historical moments. The refugee issue is a polymedia event, but this research focuses specifically on Twitter.

What are the affective publics around the ‘refugee issue’? There wasn’t one debate, but overlapping rhythms. Here, there were four key events: the Paris attacks, the Cologne station sexual assaults, the Idomeni crisis, and the Brussels bombing.

This research used large-scale capture of relevant tweets across many different languages. The overall story is about crisis, about European countries and their response, about chilrden and human rights told in many languages. It concerns political institutions ad politicians, as well as about terrorist attacks and US right-wig politics. Canada and Australia are also very much involved.

Incidents in particular countries rapidly become entangled with narratives elsewhere, as they were incorporated into national debates. There’s a tendency for discussions on Twitter to fit into existing narratives and discourses.

By drawing together the public and private, campaigns build affective engagement that can be thought of as media solidarities. This research looks at ‘Once I was a refugee’, where refugees use their own voice and bodies to embody solidarity.

In Finland, the refugee population is very low: since 1973, the country has only 42,000 people with refugee status. In 2015, 30,000 refugees came, which was a significant change. The refugee presence in the public debate is very small. Debates are really between politicians, and some NGOs. Refugees are silent in the mainstream media.

‘Once I was a refugee’ was initiated by two journalists, following from examples in other European countries. It began in June 2015, which was crucial timing: August and September saw attacks on several reception centres, and anti-refugee rallies calling for borders to be closed. Public debates focused on the economic cost on Finland’s welfare state. The campaign tried to build a counter-narrative to these claims.

Within a few days, many young Finns shared their photos on the site: there are now 172 stories on the Facebook site. The format for stories is the same: “Once I was a refugee, now I’m a …” The site gained national attention, including in the mainstream press. It provided alternative images of labour, education, and value. The narratives are united by optimism: while they may have a sense of struggle, they highlight successful integration.

Most end with gratitude: “thank you, Finland”. This highlights the sense that refugees had (and have) of having to earn their citizenship. Uniforms are used to signal order and belonging. In particular, there are many images of people wearing army uniforms – these also gain the most shares. This can be seen as an attempt to counter claims of ‘dangerous’ refugee bodies.

Responses sometimes drew divisions between these ‘acceptable’ refugees and the need to refuse others. We should also recognise that the campaign requires former refugees to become vulnerable and visible: this is clear from the ways in which images become the focus of discussion for those against immigration. The campaign didn’t disrupt the narrative of refugees as primarily an economic burden which needed to be dealt with (merely promising

However, ‘Once I was a refugee’ did open space where refugees spoke up in their defence (when others weren’t), emphasising their value and agency, and engaging in the national political debate.