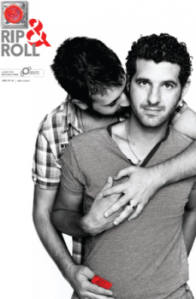 The first was Adshel’s withdrawal of advertisements promoting safe sex after lobbying from the Australian Christian Lobby. When the news came out activists began mobilising support through a Facebook page and on Twitter, encouraging supporters to let Adshel know that they wanted the ads reinstated. Adshel listened. Within a day the ads were back up, although there are still calls for Adshel to apologise.

The second was the campaign, in the wake of Four Corners‘ “explosive exposé of the cruelty inflicted on Australian cattle exported to the slaughterhouses of Indonesia”, to ban live animal exports. After pressure from a number of directions, including through GetUp’s Ban Live Export campaign, the government went from announcing a ban on specific abattoirs to issuing a blanket ban.

At first glance, both of these stories sound like victories for citizen action (and online organising). However, I think there are two important questions that need to be asked. Firstly, why have these campaigns succeeded when so many others have failed? Another way of putting this question might be: is there something about the strategies used here that can be replicated in other campaigns in order to achieve similar results? Secondly, are the outcomes we’ve seen here for the best?

When it comes to answering the first question, as far as I can tell there are three factors common to both issues that are probably more important to the success of these campaigns than the use of online media.

Neither campaign required broad changes in society. Hopefully, Australian society is now at the stage where the majority of the population wouldn’t be at all offended by the Rip & Roll advertisements, and many people would, at most, find them mildly discomfiting. I’d like to think that many people would simply look at them and take some pleasure from seeing a beautiful photo of two people who are in love. (And, as many people have pointed out, far more sexual images are commonplace in advertising.) Similarly, the images seen in the Four Corners documentary were shocking, and banning the live export trade doesn’t require much in the way of behavioural or attitudinal change from most Australians. Both campaigns built on existing social norms (acceptance of non-threatening images of homosexuality, opposition to gratuitous animal cruelty).

In both cases it was ‘them’ at fault, not ‘us’. While the Australian Christian Lobby certainly does represent a portion of Australian society they’re mostly at the fringe, even of conservative opinion. They’re ‘not like us’, even for many people on the right. Similarly, my understanding of the Four Corners report* is that it was built on the implicit construction of a dichotomy between foreigners who engage in cruel practices (with a focus on the link with halal slaughtering techniques) and our own humane practices. I suspect that this tied into the rather disturbing thread of anti-Islamic racism that’s present in Australia today, with halal slaughtering being framed as another barbaric practice (along with oppression of women, terrorism, etc) that other people, not us, do.

In both cases there was a clear target for action. In the case of the Rip & Roll advertisements, there was a target for action (Adshel), easy mechanisms for showing support (join and share the Facebook page, use the Twitter hashtag, call or email Adshel), and a clear outcome being sought (reinstatement of the ads). Similarly, the GetUp! campaign calling for a ban on live exports had a clear target (“Prime Minister Julia Gillard and Agriculture Minister Joe Ludwig”), easy mechanisms for showing support (sign the petition, email your local MP, support Animals Australia and the RSPCA), and a clear outcome sought (ban live exports).

What this meant was that supporters could take action without having to engage in any major behavioural changes, and without having to examine or admit their own complicity in questionable ethical practices. Which brings me to the second question: are the outcomes we’ve seen here actually ‘good’?

I’d argue that in the case of Adshel’s restatement of the Rip & Roll ads, the answer is yes. Australia has come a long way in terms of accepting and making space for homosexuality. We still have a long, long way to go in terms of fully valuing healthy attitudes to sex and diverse sexualities (not to mention gender identities, on a related note), but as far as I can tell these ads are a step in the right direction**.

In the case of the ban on live animal exports I’m not so sure. My housemate has been quite worked up about the ban, and has been pointing out that it means a heap of animals will be sitting around on ships with limited feed. It also has the potential to have some serious effects on farmers, including limiting their ability to provide feed for cattle (since the much of the income for feed comes from live cattle sales). So the ban means a sudden shock to the industry and the potential for more harm to animals. And the framing of animal cruelty as something that they do, not us, is problematic; as Fox (and a heap of other animal rights advocates) have pointed out, even the Australian meat, dairy, and egg industries involve substantial amounts of cruelty and suffering. By thinking of this as something that only happens in other places, we let ourselves off the hook.

Social media allow us to build campaigns quickly, particularly in cases where there’s a target for action, easy mechanisms for showing support, and a clear desired outcome. However, where issues are more complex and require significant changes in people’s attitudes or behaviours, campaigns that run overnight might not be the best option. It’s easy (and satisfying) to applaud the success of quick campaigns. But we also need to be looking at how to bring about long-term and sustainable change, as many queer and animal rights activists do as they work to create changes to the fundamental structures of society. And while it’s easier to frame problems as something that other people are responsible for, we need to be open to questioning our own complicity in those problems.

* I didn’t watch the Four Corners report. I’m vegetarian-going-on-vegan already, and even seeing the still image on the front page of this video is upsetting for me. (This is also why there are no images associated with the story on this blog post.) I’ve talked to people who watched the report, and am taking my information from those discussions.

** But of course not entirely unproblematic, I must acknowledge. It seems, after all, much easier for us as a society to accept images of homosexuality when those represented conform to dominant ideals of attractiveness and gender presentation.